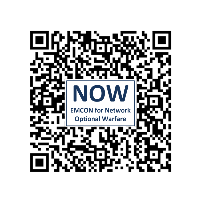 Maritime Innovation: A Discussion with NPS Faculty and Students

A Discussion with NPS Faculty and Students 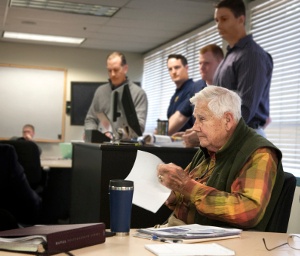 A better title than Innovation, the achievement of which too many people theorize about without success these days, would be the ossification seen in big organizations like the Navy and what to do about it.  But a talk about ossification, or rigidity, or calcification, or sclerosis, or intransigence would sound too petulant. So after a few words describing two aspects of the contemporary Navy’s problem, I’m going to flip to the other side of the coin and talk about two beacons of innovative success to inspire actions that may free us to get going with productive, affordable innovation. One is in the Navy at large, and one is here at NPS.

Since I came to NPS in 1979 I have seen the Navy become more and more frozen into inaction. Here are two reasons that don’t get the recognition they deserve:

But big government is different. Big government is a monopoly that wants to stay that way. DoD and the Navy are a special case because we won’t know when we suffer from diseconomies of scale until we fail catastrophically in war. Two years ago I wrote an essay called “A Business Strategy for Shipbuilders” that says you don’t have to predict the future to know changes have already happened that should have affected our Navy. We ought to be in a “catch up” mode to recover from five major things that have already happened during the past 20 years:

In the past we were timely enough in shifting from the battleship era to the carrier era of warfare at sea, but we have missed the transformation to the missile era that started with a successful missile attack on the Israeli destroyer Eilat in 1967. The Israeli navy quickly responded with small Sa’ar boats carrying Gabriel missiles and by 1973 was ready to fight and win the first sea battles with missiles. Israel did that in just six years. By contrast, until very recently the U.S. Navy hadn’t deduced that missile warfare is fundamentally different from carrier warfare because lethal missiles can be distributed in smaller and more numerous warships.

Now there is a new transformation going on. Call it the era of robot and cyber warfare. It is another factor that will make smaller fighting vehicles more valuable and swarm attacks more and more common.

A new book Ghost Fleet by Peter Singer and August Cole describes a big war when China attacks and nearly destroys the U. S. fleet with cyber-attacks and unmanned, sometimes robotic, vehicles. Unlike the surprise air attack on Pearl Harbor in 1941, the Chinese conduct a successful surprise invasion of Oahu and seize the island. The story is all good fun, with the U. S. now in the position of the loser who, Islamist-like, begins our own terrorist attacks with Special Forces assassinating Chinese leaders on the island. But there is nothing imaginary about the Chinese cyber worms that destroyed our ships’ ability fight, or the unmanned strike vehicles that participated in the destruction of our forces defending Hawaii. Read the book to see what innovation has already wrought upon modern warfare at sea.

The 2015 movie called Eye in the Sky introduces the overdone question of robot ethics. It exaggerates the emotional side of unmanned vehicle attacks, but it is on target in exhibiting the advantages of Predator-sized attackers over manned strike aircraft, and the presence of very small, bird- and even bug-sized searchers that are here now (or almost here).

I won’t speak further about Navy innovation as a whole, because the bureaucratic goal of perfection—of never making a mistake—has crippled it. But I can point to an exception that I hope will have more and more influence on the future Navy. Swift progress in the Surface Navy is going on almost unnoticed in the press and on the blogger circuits.

Our Surface Forces under the leadership of VADM Tom Rowden are setting an example for the rest of the Navy. In just over one year the Commander of our Surface Forces has accomplished three things that are changing how surface forces will fight effectively and affordably in the rest of the 21st Century. In a word, he has embarked on real innovation to achieve a big change in a short time.

First, Admiral Rowden published a framework called Distributed Lethality to unify all Surface Navy endeavors. Distributed lethality establishes an offensive mindset that will force the enemy to be ever-ready to defend against our sudden surprise attacks. This reverses the surface navy’s longstanding defensive role in CVBG, ESG, and convoy protection. Rowden is specific about creating a team that employs UAVs to detect the enemy so that surface warships can deliver ASCMs to attack the enemy first. He envisions the scout-to-shoot forces embedded in a moving deadly circle that is hard to detect out to a range of 100 nm or more and is designed to attack at a time and place of our choosing.

Second, Admiral Rowden is specifying actions to give his surface forces an immediate, more distributable offensive capability to achieve his intentions insofar as possible with existing ships and aircraft, manned and unmanned. He wants to show the way to achieve distributed lethality during his all too short tour as Commander of Naval Surface Forces. I don’t know everything going on, but a standout event is deploying what is called an ADP, an Adaptive Force Package, comprising an experienced task group commander, three DDGs, and enough UAVs and helicopters to test the performance of the deadly circle in one segment. This month the AFP task group departed on a long cruise to the Western Pacific with plenty of new tactics and tests to try out.

Admiral Rowden has also tapped the NWC and NPS to achieve affordable distributed lethality in the immediate future.

Third, he is specifying actions to take now to make the future Surface Force more distributable. He wants to build a large number of small missile combatants with minuscule crews but lots of firepower. He wants them affordable enough that we can deploy many squadrons of them. How many squadrons? The Chinese have 80 Houbeis or soon will. I want to name our new littoral combatants MINUTEMEN because they will strike silently and unexpectedly and be small enough that when one is detected and put out of action the crew is saved and the ship abandoned. MINUTEMEN squadron tactics will be the opposite of our big expensive warships that must be saved when hit and incapacitated. And there will be many other things he can do to respond to the five changes I cited above that should have already affected how our navy is constructed and will fight in the future. The little MINUTEMEN must be inexpensive—“design to cost” has a bad reputation in the US Navy, but I think $100 million in series production is an absolute top construction cost under a concept that we will never send one through overhaul but instead replace the design after 5 to 15 years with a better one.

Doubtless you will have questions at the end and I will do my best to answer them, but the important thing to note is how quickly innovative thinking can change our Navy, as it did in the Israeli navy.

I close by pointing out how the Naval Postgraduate School is supporting innovative products. There is plenty of rigidity in civilian academia, which is now tolerating frivolous student protests, is abusing the tenure system, and is promoting based on publication by the pound instead of on usefulness, to name three. I am proud to say NPS has escaped many of these unimaginative academic standards even while overcoming the restrictions of Navy lawyers and the Inspector General. In anticipating Navy needs we have stayed a good five years ahead of the Pentagon in anticipating future opportunities and risks.

In conclusion I leave with you with these thoughts. The recent IG inspection of NPS was about as good as it gets. Nevertheless if you read the residual criticisms, the inspectors left us with a list of further actions that are all administrative, and all are about following the plethora of rules and laws imposed in the desire for perfection over progress. The subsequent 2016 re-inspection report found excellent NPS compliance on a plethora of administrative issues, but did not say much at all about our fundamental mission serving Navy and Marine Corps needs.

I am reminded of a famous saying I first heard expressed by one of our finest Under Secretaries, Jim Woolsey, in 1975: The three most untrustworthy statements one can hear are, “The check is in the mail;” “Yes I’ll still love you in the morning;” and “I’m from Washington and I’m here to help you.”

Our challenges are clear.  The world is changing rapidly, and the nation needs the Navy to stay abreast.  Maritime innovation for the surface fleet is happening, and collaborative contributions by NPS students and faculty are perhaps more important than ever.  Trust your experience, instincts and knowledge to keep following that path of innovation together.