After completing the previous assignment, you should be able to bring up a two Turtlebot system where AMCL is used to localize each robot relative to the same given map.  In the exercise you add a Simulink-based leader-follower controller based.  The basic scenario is as follows:

Based on the previous assignment, here is how you would bring up two turtlebots:

If all goes well you should see the following ROS graph, tf_tree and RVIZ views... 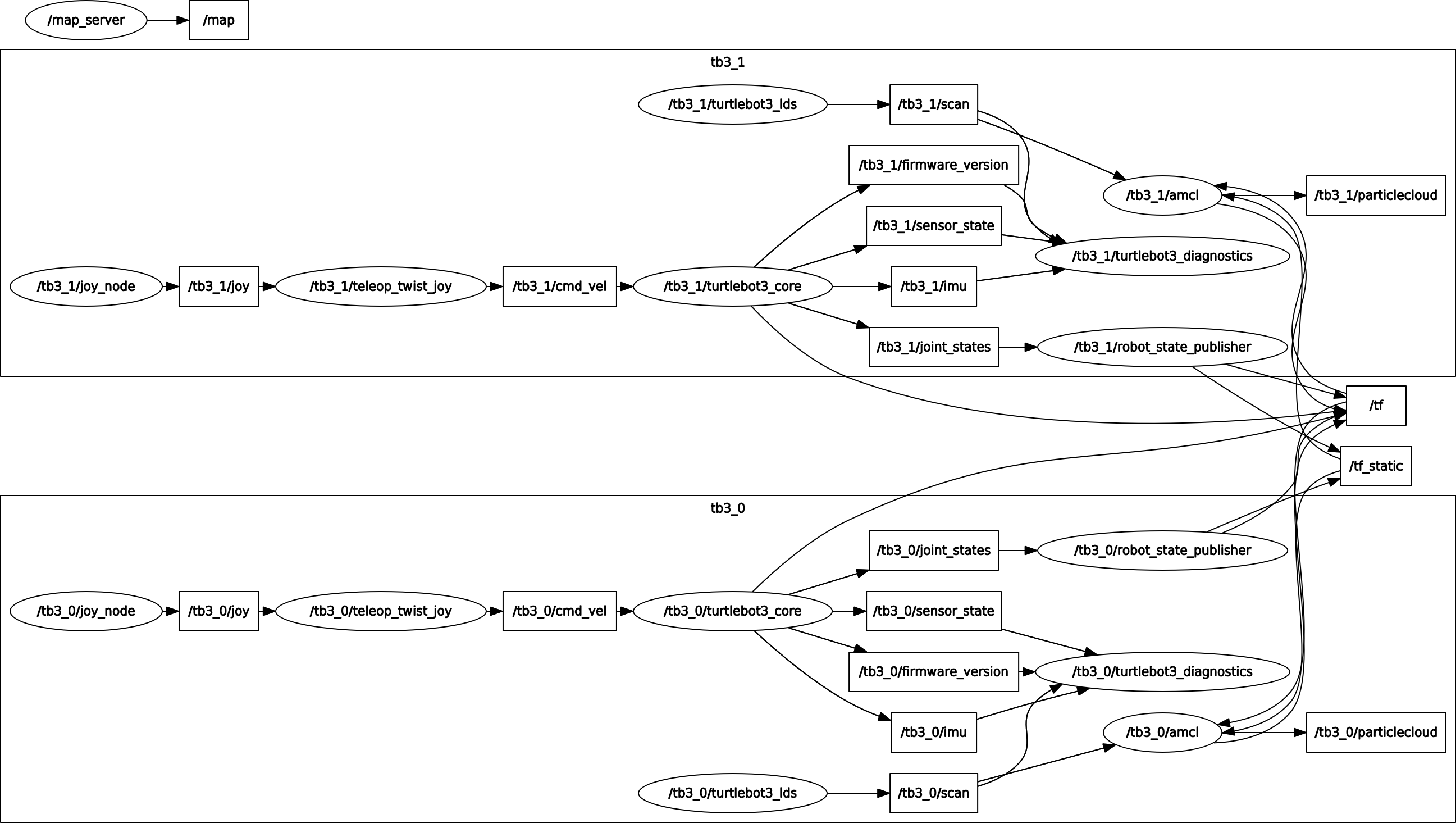 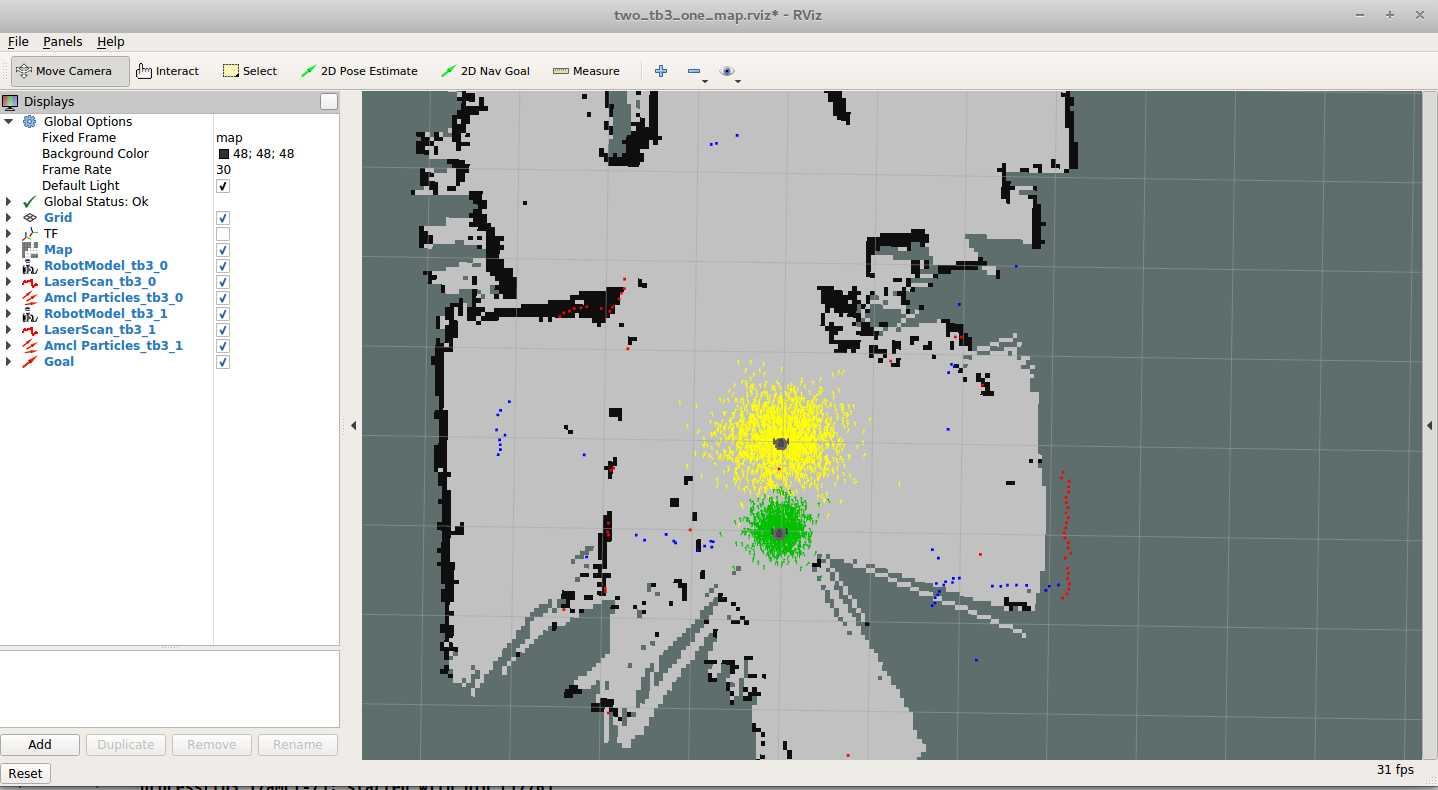 One way to implement leader-follower behavior for tb3_0  is to use the waypoint guidance Simulink model from Assignment 4: Networking, Turtlebot Setup, Waypoint Navigation (19-3).  The Simulink program would subscribe to the AMCL pose estimates for both robots.  The position of the leader (tb3_1) is decoded and the x, y position is used as the waypoint inputs (wp_x  and wp_y) to the waypoint guidance function.  The program would then use the pose from the follower tb3_0  to determine commands that should be published from Simulink to the cmd_vel  topic for the tb3_0  robot.

In this exercise you will integrate a new sensor - the RFID reader - into the Turtlebot3 platform.  Start with a single, standalone Turtlebot.

To verify that you can move around and detect RFID tags:

Here is a description and example of post-processing RFID locations: RFID Detection Post-Processing

When you have completed the exercises, your mrc_hw7 repository should look something like... 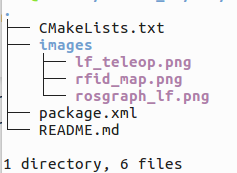