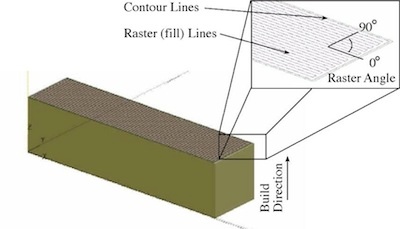 The following figures comprise a gallery of parts printed from the Fortus 400mc 3D Printer (note:  not an exhaustive representation of output)  The first two figures show the CAD model and the 3D part of a female head printed for MOVES as a part of their studies on tangible 3D virtual humans (Dr. Amela Sadagic).  Prototype assemblies can be built from individual parts to verify a working design such as the control moment gyro (CMG) (Mike Ross/Mark Karpenko). 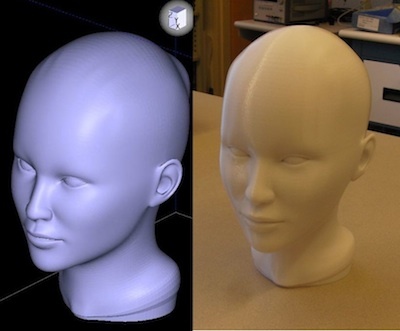 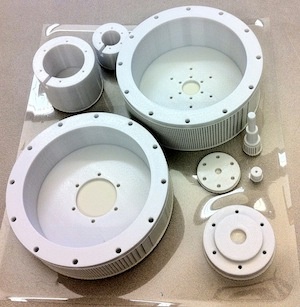 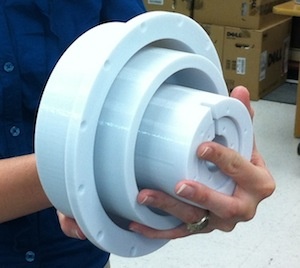 The next figures represent working assemblies, such as the MAE Spacecraft Robotics platform (Dr. Marcello Romano) built from a number of 3D-printed parts for the structure, a Physics Robotics (Dick Harkins) project that utilizes a number of 3D parts for housings, and working parts such as the 'whegs' that propel the platform over terrain and obstacles. 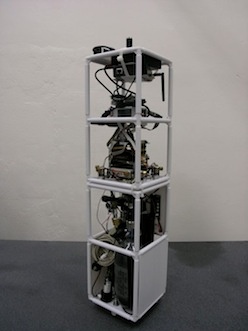 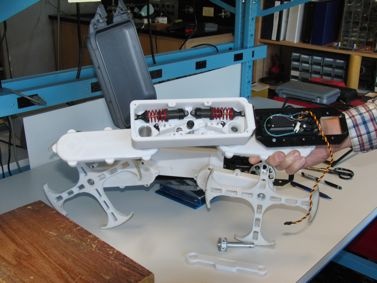 Sometimes, a simple bracket is needed to hold an instrument or sensor, such as the figure below with an inertial measurement unit mounted by an RP bracket (1 hour, 11 minutes to build) on a pendulum for a thesis project (Xiaoping Yun, advisor). 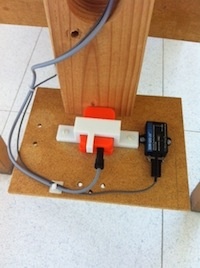 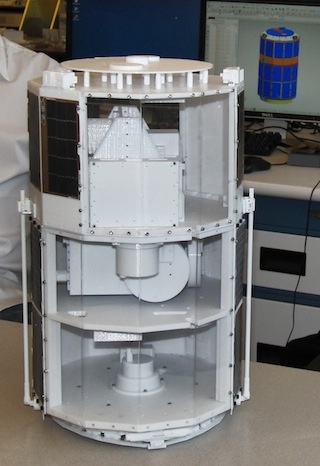 An interesting innovative use of 3D-printed parts was done in building laser reflectors to do large-scale modal testing.  Here, the large bi-focal mirror in the basement of Halligan Hall is outfitted with a number of reflectors printed on from the Fortus 400mc.  Some post-printing work was done to yield a good reflective surface. 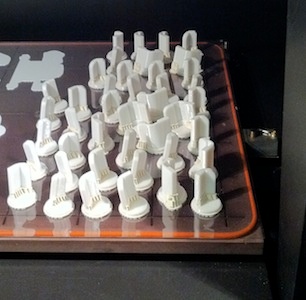 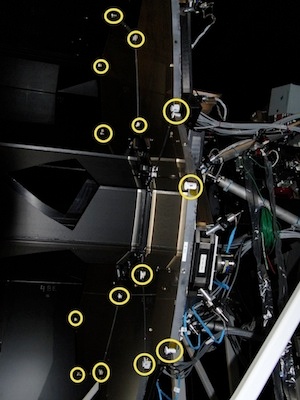 Approximate cost (part material alone) is about $4.50 per cubic inch.  Canisters of material and support come in 92 cubic inch canisters and cost between about $400 and $450 each, depending on the type of material.  Note that some waste is involved with calibration parts and in the normal operation of the machine.