What happens when a swarm of slow, low-performance drones attacks a modern warship? With defense systems able to knock down supersonic cruise missiles and fast jets, small drones ought to be a turkey shoot. In fact, the situation plays out very differently.

The U.S. Navy is a leader in the area of swarm warfare, the threat has been analyzed in a number of papers from the Naval Postgraduate School analyze the threat. Some of these are classified, but a 2012 paper by Loc Pham, “UAV Swarm Attack”  is open and makes uncomfortable reading.

The paper posits a simple scenario: a Navy destroyer is attacked by five to ten drones simultaneously from all directions in conditions of good visibility. The drones are assumed to be made of off-the-shelf hobbyist components, controlled covertly from a nearby fishing vessel. Some of them are visually guided, others resemble the Israeli “Harpy” loitering drone which has radar guidance.

The defenders look well-prepared. The Aegis air defense system is one of the best in the world, with an integrated suite of sensors and weapons including jammers, decoys, Standard surface-to-air missiles, a five-inch gun and two Phalanx weapon systems, each with a multi-barreled 20mm canon spitting out seventy-five rounds a second. Aegis was assumed to be supplemented with six heavy machine guns on the deck.

The reason for the extra machine guns is that Aegis is not well suited to dealing with the threat. The small drones have a tiny radar signature, and by the time they are spotted they are too close to be engaged by missiles or the five-inch gun. The Aegis jammers are not designed to affect the drones’ control system and cannot affect them.  All the work has to be done by the Phalanx and the machine guns at close range. With the drones coming it at 155 mph, the defenders have just fifteen seconds between detection (at less than a mile) and impact.  It is vital that defenders pick a different target each, otherwise some drones take fire from several weapons while others slip through unscathed.

The team ran several hundred simulations, and found that on average 2.8 out of eight attackers got through. Even when the defenses were substantially upgraded — better sensors and more machine guns and Phalanx — at least one drone gets through every time. And that’s just with eight drones incoming. With a larger number — ten, twenty, fifty — the defenders would still only get the first seven or so.

This weakness means it makes sense to attack a ship with a large number of cheap drones than one missile costing the same, and that’s exactly what the Navy’s Low-Cost UAV Swarming Technology (LOCUST) program aims to do. The aim is to have thirty drones flying together without having to be individually controlled, maintaining separation safely like a flock of birds. They are different from any other drone in that the operator does not control an individual aircraft, but pilots the whole swarm as a single unit.

Dr. Lee Mastroianni, LOCUST’s project manager, believes the whole swarm can be made cheaper than a missile, and at $1.2 million for a Harpoon anti-ship missile he may be right. Locust is currently based on $15,000 Coyote drones. Of course these carry a much smaller warhead — but accurate targeting may be more important than the size of the warhead that hits. Knock out a ships’ radar, and it is a sitting duck for other weapons.

Mastroianni plans to have the his first swarm of 30 drones flying next summer.

The UAV Swarm Attack study highlighted the weakness of current defenses against swarms of drones. Timothy Chung, a scientist at the Naval Postgraduate School in Monterey, is looking at defensive swarms to take out the attackers. His project’s official name is “A System-of-systems Testbed for Unmanned Systems Swarm versus Swarm Development and Research,” but Chung calls it “Aerial Combat Swarms.”

Chung is staging a contest for swarms of small drones carry out simulated battles as a way of evaluating tactics and technology. His basic scenario is a 50-versus-50 encounter in which the Blue defenders attempt to stop Red attackers from getting through. Nobody knows much about drone-versus-drone combat yet, especially on this scale. How much autonomy do the drones need? How can the swarm commander stay in control in a fast-moving action?  How do quality and quantity balance out in battling swarms?

With manned aircraft, the pilot’s life counts for a lot; but swarming drones are expendable and high “casualties” do not matter. This is a very different world to the dogfights we have seen before.

The battles will be fought with small drones even cheaper than those used in LOCUST, but the tactics they discover may shape the future of warfare.

When a swarm of drones heads for an American carrier some time in the future, they might be intercepted by a defensive swarm. What happens next — whether the aircraft on the carrier’s deck are destroyed, or whether the attackers are beaten off — will depend on which side has the best grasp of an entirely new form of warfare. 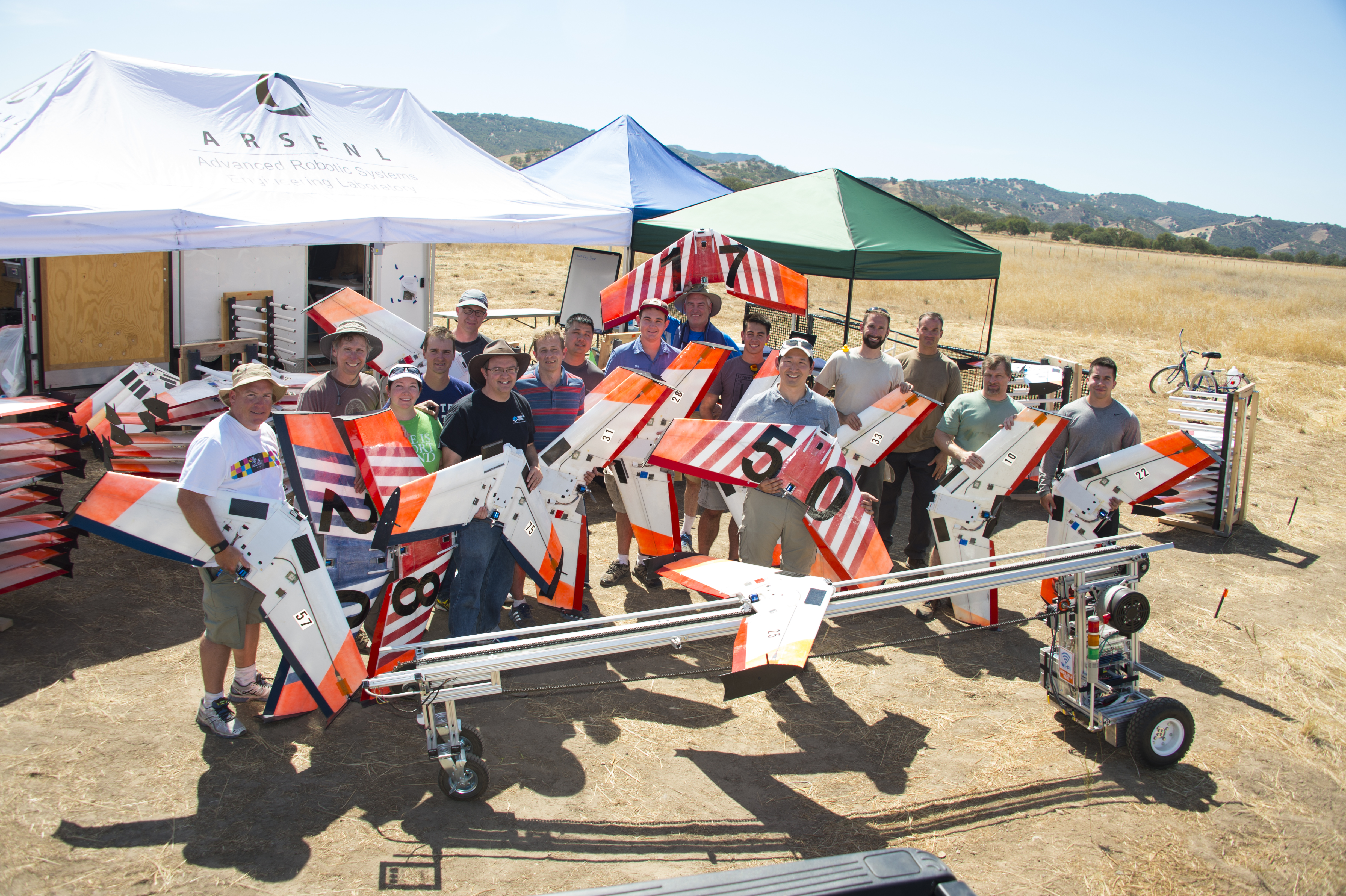 On May 15th, the ARSENL team successfully launched, flew, and landed 20 UAVs autonomously! 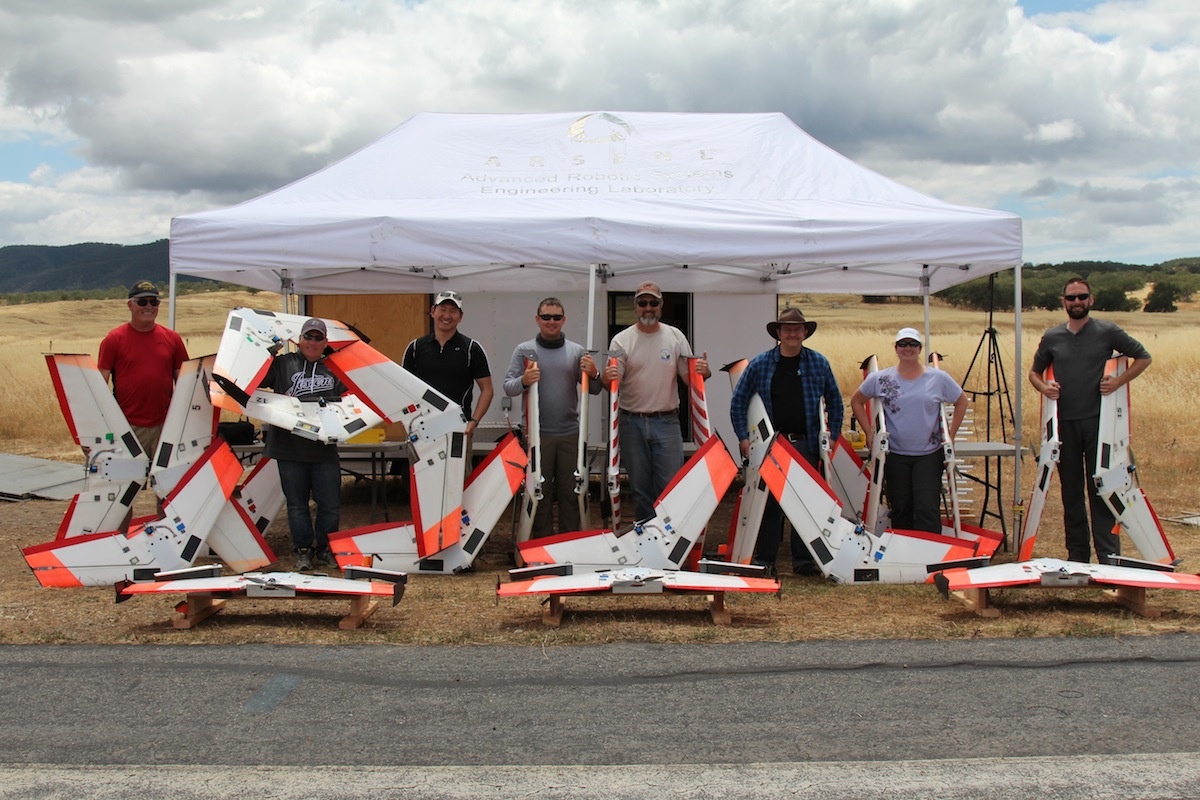 See the 20-UAV mission via this log playback visualization link 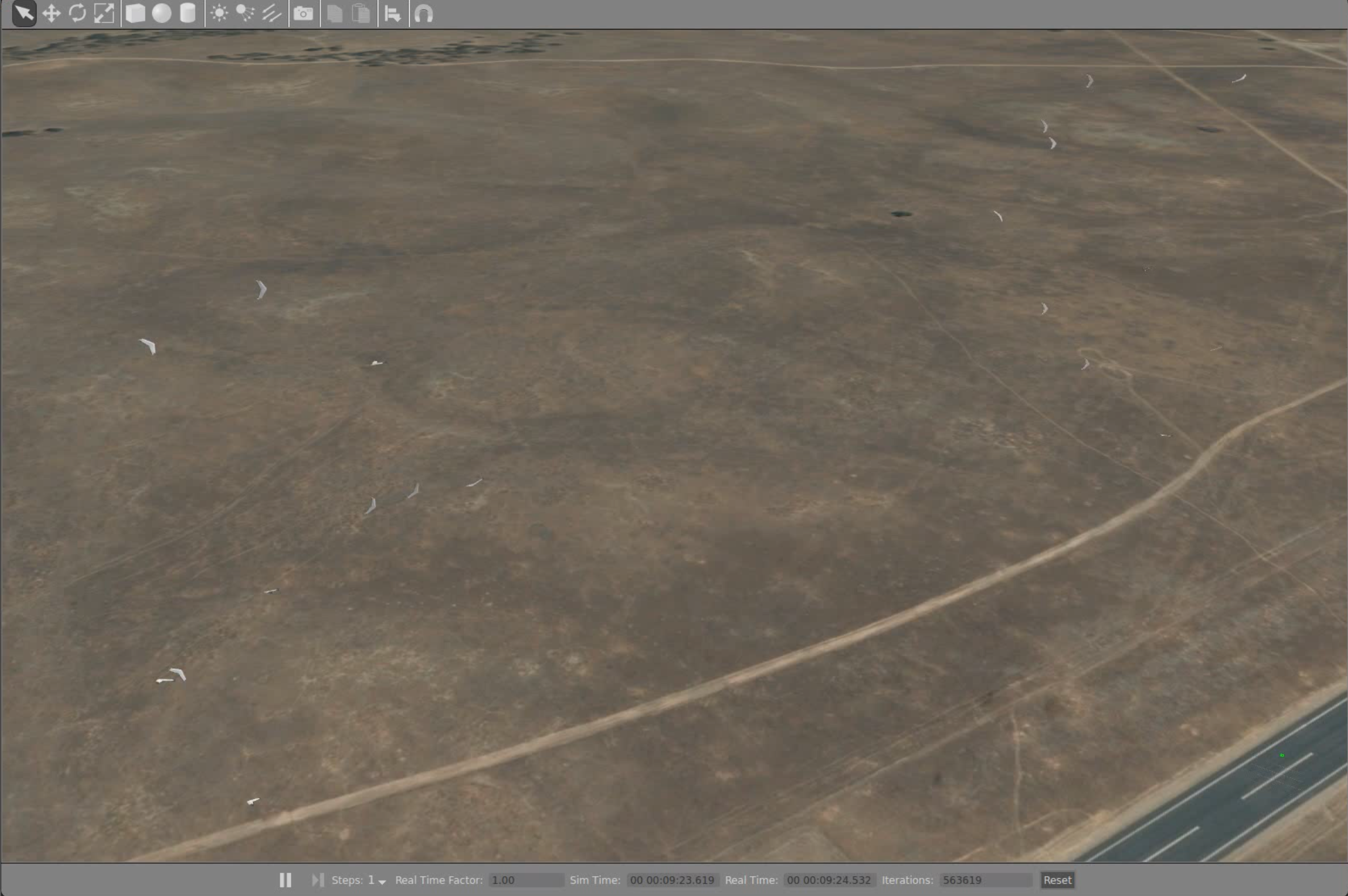 Our Swarm vs. Swarm UAV grand challenge competition project, along with the ARSENL group and CRUSER initiative, were recently showcased in an article in the online newsletter, Airforce-Technology.com. Check it out!

Dogfighting drones – swarms of unmanned battle-bots take to the skies by Berenice Baker. 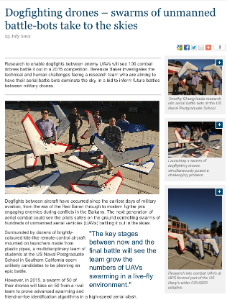 Our paper authored by June ARSENL graduate LCDR Joses Yau from the Singaporean Navy and Prof. Timothy Chung was accepted for publication and presentation at the 2012 IEEE International Conference on Intelligent Robots and Systems (IROS)!

The paper is entitled Search-theoretic and Ocean Models for Localizing Drifting Objects and will be presented at the upcoming IROS conference during October 7-12, 2012 in Vilamoura, Algarve, Portugal! Congrats to Joses for a job well done!

The summer brings with it the opportunity for high school and college students to explore different fields, and this summer, the Advanced Robotic Systems Engineering Laboratory welcomes a number of interns who will be working on various ground and aerial robotics projects. The first wave of interns arrived today and started their learning experience by disassembling several ground robot platforms and learning the various internal mechanical and electrical components.

Projects this summer include

The Second Annual Robots in the Roses Research Fair was held at NPS on May 10th, 2012.

The Honorable Under Secretary of the Navy Robert Work provided remarks on the merits and ongoing vision for CRUSER!

Research performed in support of Maj Christian Klaus, German Army, was recently accepted for publication and presentation in the IEEE Conference on Decision and Control (CDC) to be held in Orlando, Florida in December.

Christian's master's thesis investigates the relationship between the structure of the search environment and the performance of a Bayesian searcher maneuvering in this environment. See more details of his paper here!

My summer intern, Katia Gonzalez, sophomore student at Hartnell College, participated in the 2011 Naval STEM Forum alongside fellow NPS members and other interns. The event, sponsored by the Office of Naval Research, took place June 15-16, 2011 in Washington, D.C.

You can see Katia with a great supporter of STEM and education efforts, Chief of Naval Research, RADM Nevin Carr. 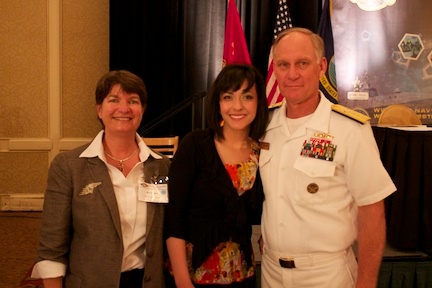 Research performed collaboratively with Dr. Jeremy Ma at the Jet Propulsion Laboratory and Dr. Joel Burdick at Caltech in Pasadena, CA will be published in an upcoming issue of the International Journal of Robotics Research.

(From the www.nps.edu main page [link])

My collaboration with UC Merced professor Stefano Carpin continues to be fruitful and interesting! Our work investigates the definition of a probabilistic quadtree which can be used to represent search for one or more objects at multi-scale resolutions.